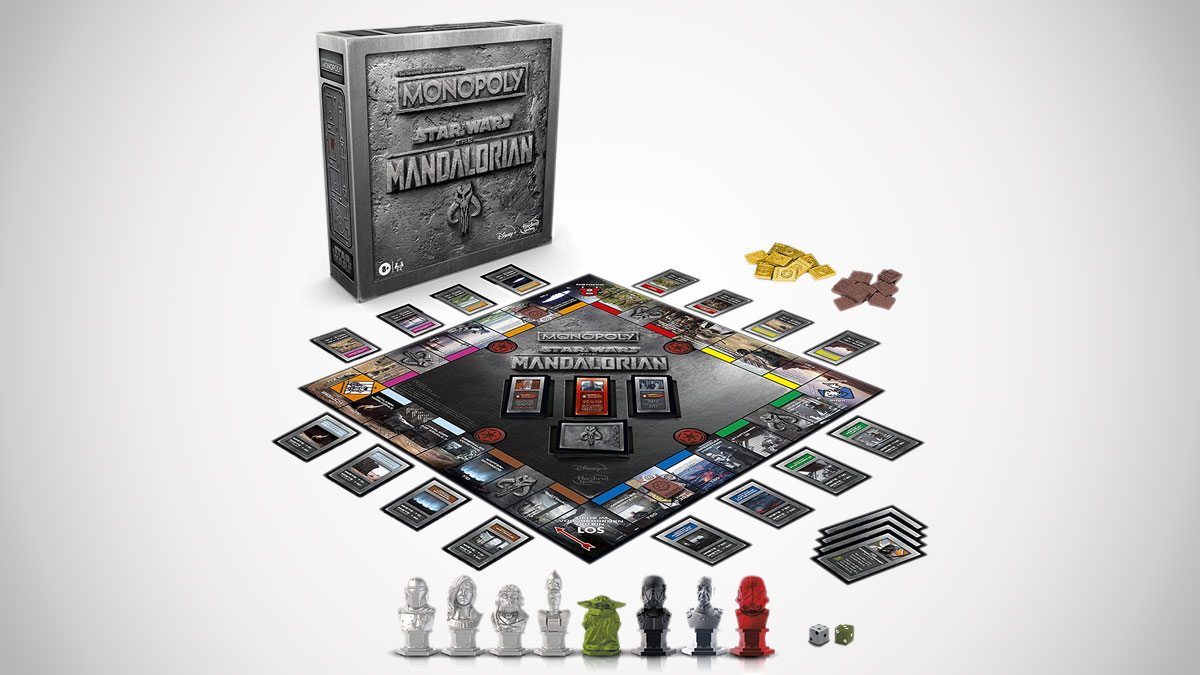 Let the battle begin...over who gets to be Baby Yoda in the Star Wars The Mandalorian edition of Monopoly.

Actually, if Hasbro's description of this Monopoly of hideouts, Imperial credits, and traveling through a dangerous galaxy of Death Troopers and Moff Gideon is to be believed, Baby Yoda isn't a single player's game piece, but a central figure for all Mandalorian Monopoly players. The Child token moves between players who pass or land on The Child's space, awarding them the character's unique ability.

Player game pieces consist of The Mandalorian, Cara Dune, IG-11, and Kuiil. There are also Imperial enemy tokens of Incinerator Stormtrooper, Death Trooper, and Moff Gideon. Like The Child, interaction with the latter changes gameplay, kicking off battles, and a potential game-ending blow if one of the enemy tokens is able to steal the Child token.

Reminding people of vomit has always been a good way to get them to brush their teeth, but it goes a little differently when the Puking Grogu, a 3D-printed Baby Yoda toothpaste topper comes into play. Whereas normally...

Pinhead Baby Yoda, now that's a mashup both strange and disconcerting, yet also entirely representative of 2020. It's not really fair to Grogu, though. Sure, he has a voracious appetite, and occasionally eats others'...

The Tot! Yet another precious name for The Mandalorian's Baby Yoda / The Child / Grogu. And joining The Tot in this latest piece of Star Wars Potato Head merch: Mando himself as The Yamdalorian...

Paladone's new Mandalorian Helmet and Baby Yoda Desktop Lights are here to spread cheer during the 2021 holiday season, but not to help ring in Season 3 of The Mandalorian before the New Year. With no official release...

Know what a Star Wars The Mandalorian Holiday Milk Chocolate Ball filled with surprise The Child marshmallow treat means? It's time for Baby Yoda to learn what it feels like to be the frog. I can already hear a holiday...

No hover pod to transport your Baby Yoda in? Then mule up and schlep little Grogu on your back with the Baby Yoda Pack from Kapacks. The hardshell backpack's generous interior even has room for a few frogs and a shiny...

A baby doesn't typically melt my heart. Baby Yoda does it every single damn time I see him. And a baby dressed in a Baby Yoda infant costume? Well...I don't know that it makes me want to get a baby of my own, but if someone...

The Mandalorian The Child Animatronic Toy with Sound

People are freaking out for this animatronic Baby Yoda and its bobbing head and babbling sound effects as much as they are the real Baby Yoda. Er, the "real" Baby Yoda being a manmade puppet operated by master technicians...

The Mandalorian The Child Chia Pet

Pinnacles of cuteness unite! The cutest being ever, The Mandalorian's The Child, has been incorporated into the cutest houseplant ever, the Chia Pet. Between Baby Yoda and the Lamborghinetta Tractor I posted yesterday...

On board, Baby Yoda is. And while the Baby Yoda drawn in this clever take on the Baby on Board windshield decals is nowhere near as adorable as The Mandalorian's actual Baby Yoda, I still appreciate the reference, and...

Please tell me The Mandalorian: The Child Echo Dot Stand also comes with a feature that allows you to change Alexa's wake word to "Baby Yoda."...